A TRX band workout for arms is an ideal way to increase your upper body strength, firm and tone your muscles.

Here are a few exercises you can do anywhere that will also take very little time to complete.

Stand with the TRX band underneath your feet and grab a handle firmly in each hand. Curl your elbows, bringing your hands to your chest and then slowly release. Perform eight to ten repetitions, rest and then complete two to three more sets.

This exercise in the TRX band workout for arms is similar to the bicep curl but is performed on your knees. Rather than stand on the TRX bands, kneel over top of them instead. Bring your hands to your chest for eight to ten repetitions, rest, and then perform two to three more sets. You may place a cushion over top of the TRX band before kneeling on it if doing so is uncomfortable.

Secure the TRX band low on a doorframe. Hold the handles in either hand, ensuring that they are behind your head with palms facing inward. Bend your elbows at a 90-degree angle and then lift until your arms are straight, Pause and then return to the starting position. Complete eight to ten repetitions, rest, and then perform two or three more sets.

This exercise in the TRX band workout for arms will help to define your shoulders. While standing on your TRX band, grab a handle in either hand and then place your hands firmly on your side. Raise the handles up and out until your arms are straight out beside you and parallel to the floor. Pause and then return to the starting position. Perform eight to ten repetitions of this exercise, rest, and then complete two to three more sets.

Stand on top of the band and grab a handle firmly in each hand. Keeping the TRX band slightly behind you, bend your elbows slightly. Push your arms straight up until they are fully extended over your head. Pause slightly before returning to the starting position. Complete eight to ten repetitions, rest and then finish two to three more sets. Be sure to keep your back straight and shoulders squared while completing this exercise.

Secure the TRX band to a door frame at about waist height. Standing with your side to the door, grasp the handle with the hand closest to it. Pull the handle in towards your abdomen and then bring it back slowly while feeling the resistance. Do this eight to ten times and then switch sides. Perform two to three complete sets of this exercise, taking a time to rest completely between each one.

After you have finished this TRX band workout for arms, you may notice some soreness in your biceps, triceps, and shoulders. This means you have performed an effective workout and is not anything to be concerned with. Continue to perform this TRX band workout routine for arms two to three times a week, and you will notice improved strength and greater flexibility in your upper body. 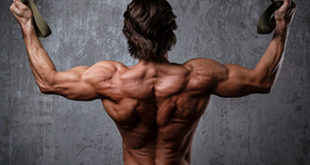 Suspension Training- What Is So Special In It?

All of us are interested in perfect physical structure and to maintain good health. We …